Moms and Dads are Equal

Do Courts Favor Mothers for Custody of Children?

How Does Divorce Custody Work?

Moms and Dads Are Equal in Court

When you’re getting divorced and have children, one parent doesn’t automatically start with more rights. Someone recently said something to me that had me thinking. It wasn’t the first time I’ve heard it either. They said that the courts favor mothers.

What Is Divorce Visitation?

When I first started practicing law some time ago, we called it a visitation schedule. Along the way, in my state, we started calling them parenting plans. We did this mostly because dad wasn’t just visiting their children. That’s when we realized that the word “visitation” didn’t quite fit. They were doing their job as a parent just as much as the mother was.

One parent does not have more claim to the children than the other merely by gender. Understand that there will be exceptions to every rule. There are going to be circumstances when a parent is not capable of parenting for different reasons. I’m not referring to those situations. I’m describing the other situations where you have two parents who love their children. They are both capable and able to keep them safe in this situation.

Custody of the Children After a Divorce

Your children need two parents. The more involved both parents are, the better children will do post-divorce. Divorce in and of itself doesn’t cause children harm, conflict does. I cannot stress this point enough; conflict harms your children.

How to Stop a Divorce Custody Battle

There are times when judges do have to step into custody situations. That’s what they are there for. If you’re fighting over custody just because you don’t want to give up your time, please reconsider. What are you fighting for? Is it for your child’s well-being, or is it because you’re going to miss your children when they are with the other parent?

Do you disagree with your soon to be ex’s parenting style? Even so, that is not a good reason to fight over custody, either. It’s common for parents to have different parenting styles. It does not make the other person a bad parent.

How to Create a Fair Divorce Custody Plan

How about you start thinking of your parenting plan as a place of equality? You can both start on equal footing and work from there. No one person will automatically get more time. Your children want to be with, and love both of you, so let them.

Is Custody Automatically Granted to Mothers over Fathers?

It is not true that courts favor mothers. They support parents who are capable and willing to be parents. You’ll want the extra help more than ever when you have a teen. You might be divorced, but that doesn’t mean one parent is left sitting on the bench. Both of you should be in the game.

Thanks for reading! For more check out my Podcast Happy Even After. My guests share stories about forgiveness, moving on, and thriving in life after divorce. 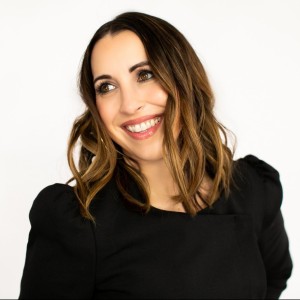 Connect with Renée on social media