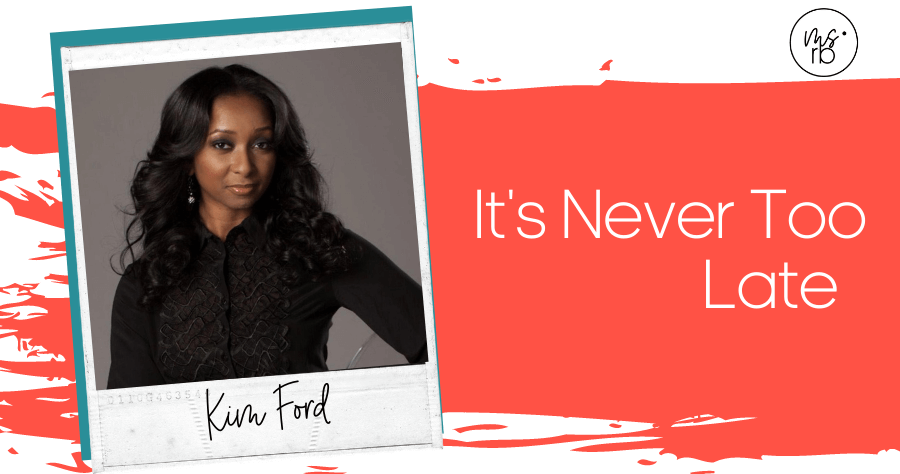 By Renee BauerSeptember 22, 2021No Comments

After a divorce, it can feel like the walls are caving in on you and that you’ve missed your opportunity to do many of the things you want in life.

But you need to know, it’s never too late…to make a comeback!

With over a decade of experience in the industry, Kim Ford is an on-air host, TEDx speaker and the author of It’s Never Too Late: The Ultimate Guide to Make An Epic Comeback After A Setback. She has appeared on CNN/Headline News as an entertainment contributor where she shared her take on what’s relevant in film, television and celebrity news. She’s also a freelance writer for The Hollywood Reporter.

Kim became the host and executive producer of her TV show, In The Spotlight With Kim Ford, a celebrity talk show with candid one-on-one interviews. The show reached 2 million households in Atlanta. And, she’s interviewed Oprah.

Make your comeback by listening to today’s Happy Even After episode!